The Journey of how Oscailt came about 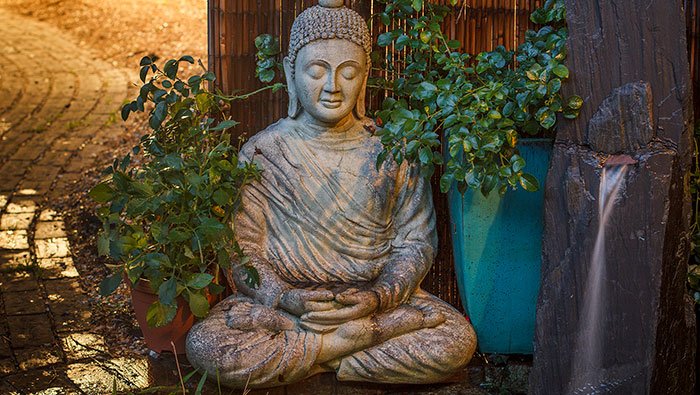 From psychedelic trips in Scotland to silent meditation retreats in India, from living in a monastery as a Buddhist nun for eight years to training in Jungian psychology and becoming a psychotherapist in London, Mary has dedicated her life to gaining a deeper understanding of the complexity of life from the different perspectives of the various wisdom traditions both East and West.

Growing Up in the Sixties

I have always felt grateful that I grew up during the Sixties as it was a time when the concepts of leisure and exploration were part of the zeitgeist. It was also a time of rebellion, when the dominant culture was being questioned. It seemed too to be a time of innocence and possibility where everything was up for questioning. Freedom was in the air or so it seemed.

I always had a real curiosity about life and never felt that it could be taken for granted. This may have had to do with the death of my young sister when I was four. I wanted to understand what life really was which felt to me, even at a young age, to be so fragile and yet so robust, seeming – at least on the surface – to carry on as normal.

Neither school nor Seventies Ireland stimulated my curiosity. At the age of 20, after a few years of work in Pfizers in my native Cork, I headed off to Aberdeen. This was an eye opener for me and was the beginning of a welcome sense of finding kindred spirits. Within a few months I was involved with some friends in setting up a vegetarian restaurant. It was really fascinating to discover that life and diet could be so different. It was also a time when I dabbled in psychedelics. Having had a handful of ‘good trips’ I found myself on one occasion in the grip of a kind of nightmare, sitting around an open fire under a canopy of stars with some friends who were tripping on blissful experiences and them telling me to relax, it was ‘only the drug’. This was my somewhat unorthodox introduction to psychology. I realised that it was not the drug, it was my mind, a mind that could experience both bliss and terrible fear with no apparent change in the external circumstances, in what was going on. This was the beginning of an enquiry into my life that has never really left me.

Learning to Meditate In India

Within a couple of months I was on my way to India to engage in my first meditation retreat. It was a ten-day silent retreat meditating from early morning until late in the evening. It was difficult and challenging, but in learning to sit still I discovered many things: that the mind is a busy place, rarely in the present moment; that the moods and feelings that occupy the mind/heart carry weight; that we have no control over what arises in the mind though we do have a choice as to how we respond; that the challenge of coming back into the reality of the present is difficult but worth the effort because that is where life is unfolding. Exercising this newfound capacity for awareness and choice, I discovered a real sense of freedom and a spaciousness that, at the time, was intoxicating.

I also discovered that the body is a powerful storehouse of memories and that no memory is really lost if we are prepared to be still. I learnt as well that meditation is a powerful way of coming to terms with, and liberating us from, unnecessary burdens from our past which we generally experience as tightness and construction in the body, often lodged in the throat, solar plexus or belly. This use of meditation has been shown to be a more viable alternative to constantly running away from ourselves which, in my own case, had up to then left me with feelings of disconnection and of going through life in a very habitual and automatic way. I discovered that if I was really present to life, life was present to me and that this was the source of my feelings of aliveness.

From Buddhist Nun to Psychotherapist

Within a year, at the age of 25, I decided to live as a Buddhist nun and I remained in various monasteries for eight years undergoing training in Buddhist psychology, philosophy and meditation practices. This gave me a deep appreciation of the benefits of eastern psychology. After 8 years I found myself wanting to reconnect with my western roots which I began to do by undertaking a Jungian analysis which resulted in my deciding to leave the monastic life and to train to become a psychotherapist with a special interest in humanistic and Jungian psychologies. Since then I have developed an ever-deepening interest in dreams and unconscious processes.

After leaving the monastery I spent 10 years in London where I qualified as a psychotherapist, completing a degree in Humanistic & Integrative psychotherapy, a Post-Graduate training in Counselling in Primary Care, and a Masters in Jungian and Post-Jungian Studies. Recently I completed a further training in Internal Family Systems (IFS) Therapy.

Mindfulness in my Psychotherapuetic Practice

While in London I worked as a therapist in both General Practice and private practice and discovered that my training in mindfulness was very helpful for people experiencing anxiety. While doing a placement at the Bethlem and Maudsley hospital in London I saw that a powerful tool used to help with extreme anxiety was to have the patient exhale slowly into a paper bag. Rather than using the breath simply as an emergency technique, this encouraged me to begin to teach people mindfulness practices which introduce breath meditation as a way of life so that people can creatively use the breath to bring calm and clarity into everyday life. I discovered that my training in Buddhist practices could find a creative place at the heart of my psychotherapeutic practice. This was a really important synthesis for me where my two passions could coalesce.

Founding Oscailt In The New millennium

Within a few years of returning to Ireland in 2001, I established Oscailt where I have had the opportunity over the past 13 years to bring these two very helpful disciplines of East and West together. I have discovered that each can enhance the other, Western psychology being very helpful in understanding developmental conditioning and Eastern psychology equally so as a way of engaging with more existential questions.

Recognising that each one of us has to fashion our own path, it is a delight to me that so many other practitioners of various body and psychological disciplines have been drawn to Oscailt so that together we can provide a wide variety of different pathways to health and well-being.