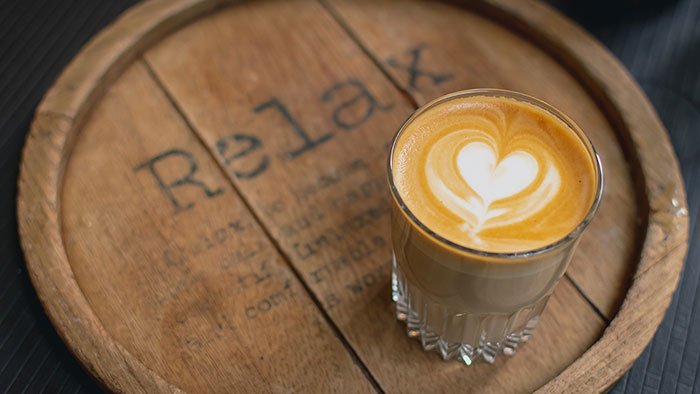 The other morning, I wasn’t feeling great, my stomach was unsettled and I felt a bit drained. I found that I was dying for a cup of strong coffee, even though I knew it would upset my stomach even further, and that it may then take days before I could eat normally. Yet even so, the urge for coffee grew and grew. I kept telling myself it was a bad idea, that it would ultimately make me feel worse, that I was being stupid, but it made no difference to the craving. I was on my way to buy the coffee, still arguing with myself, when I remembered what I already knew but had forgotten – the craving was a distraction from something, something that I didn’t want to be experiencing. What was it I wanted to avoid?

The answer was obvious – I didn’t feel well, and I wanted to stop feeling unwell. A cup of coffee would give me a temporary jolt of energy, so that for a while I wouldn’t feel so drained. With that awareness, the choice was really clear – get a coffee, feel a bit better for 30 minutes or so and then much worse for a few days, or accept how I was feeling in that moment, knowing that I would probably be ok by the end of the day. That was the end of the arguments with myself and the end of the craving – when the choice was so clear, there was no way I would do that damage to myself for the sake a few minutes’ respite.

Often when there’s a craving for something that we know is not good for us, we try to overcome it by logic (eating that whole bar of chocolate will make you feel sick!), or willpower (don’t do it, put it down!), or self-criticism – (don’t be so stupid!). Sometimes those methods work, but very often they don’t. It’s because the craving is reaction to vulnerability, it’s a desire to escape something unpleasant and to replace it with a different, more pleasant, experience. When we apply logic, or will power, or self-criticism to the craving, the part of us that’s feeling tired, or unwell, or sad or anxious, hasn’t been listened to. (Let me make it clear that I’m not talking about full-blown addiction here, which is a condition requiring professional help).

Although the craving is fuelled by the desire not to feel vulnerable, it also hides the vulnerability, so that all we’re aware of is an overwhelming urge to eat the biscuits, or buy the expensive shoes, or have another drink, or immerse ourselves in Facebook. Underneath, however, is something that wants our attention, and some kindness.

What am I avoiding?

I’ve come now to see cravings as signals that there’s something I’m experiencing that needs my attention. It prompts me to ask – ‘what am I avoiding? What is there in this moment that I don’t want, that I want to get away from?’ It’s not always easy, and there are times I forget, or I ignore the inner voice and obey the craving instead. But what a difference it makes to actually acknowledge your suffering with kindness, to allow yourself to be a human being that has bad days, that feels pain or fatigue occasionally, that is affected by interactions with others.

What do you really need?

As well as asking ‘‘what is going on with me in this moment that I don’t want?”, a further question helps – “what do I really need in this moment?” It may be to talk to a friend, or to take a short break, or to get some fresh air, or have a bath. And sometimes it may be that a little of what you fancy is what you need. Maybe it would cheer you up to go shopping or watch TV or eat ice cream. When we’re driven by the craving, it’s hard to stop because stopping will make the feelings we’re trying to avoid come to the fore again. So, we keep going and going until we feel worse than when we started. But if you’re aware that eating some ice cream, say, will make you feel a bit better for a short while, that it’s a way of responding to how you’re feeling, rather than a way of escaping how you’re feeling, then you’re more likely to be able to stop when you’ve had enough.

On another occasion, I sat down to watch TV one evening. Something about the way I turned on the TV made me aware that I was all set to binge watch, which would mean getting to bed really late and being exhausted the following day. I asked the question – ‘what is going on with me that I don’t want?’ and realised that I was feeling a bit blue, a bit melancholy. And what did I really need? To get to bed and get some sleep! I watched one episode of my favourite programme and then went to bed. So, I cheered up a bit, and got the sleep I needed.

True kindness – listening to yourself

So next time you find yourself gripped by a craving that won’t listen to logic, or will power, or self-criticism, see if you can listen to what’s under the craving. Just asking yourself – ‘what is going on with me in this moment that I don’t want?’ – can be enough to dissolve the craving and see the tender spot beneath. Then asking yourself, ‘what do I really need in this moment?’ to tend to that vulnerability. We sometimes think that being kind to ourselves is indulging our cravings, but this is true kindness, responding to your own vulnerability with care and love.